Hyderabad, June 24: Governor Dr. Tamilisai Soundararajan on Thursday called for the proactive promotion of women leadership in all sectors.

“Women leadership must be encouraged at all levels so as to achieve gender equality and for ensuring diversity and inclusion,” she said.

Expressing concern over the low level of representation of women in senior management positions, Dr. Tamilisai Soundararajan emphasized on the women representation at all  levels and especially at decision-making levels.

The Governor suggested that senior women leaders in industry and business sectors must mentor the young women entrants so as to help them build a meaningful career and scale new heights in their chosen fields.

“The women entrepreneurs constitute less than 20 percent of the total entrepreneurs in our country. Women have immense potential to contribute to our GDP. We must make more number of women part of economic and other productive activities and help them reallise their full potential,” she added.

The Governor pointed out that though many male-dominated bastions were broken and we have a long way to go before we break all the glass ceilings so as to achieve a true gender equal society. 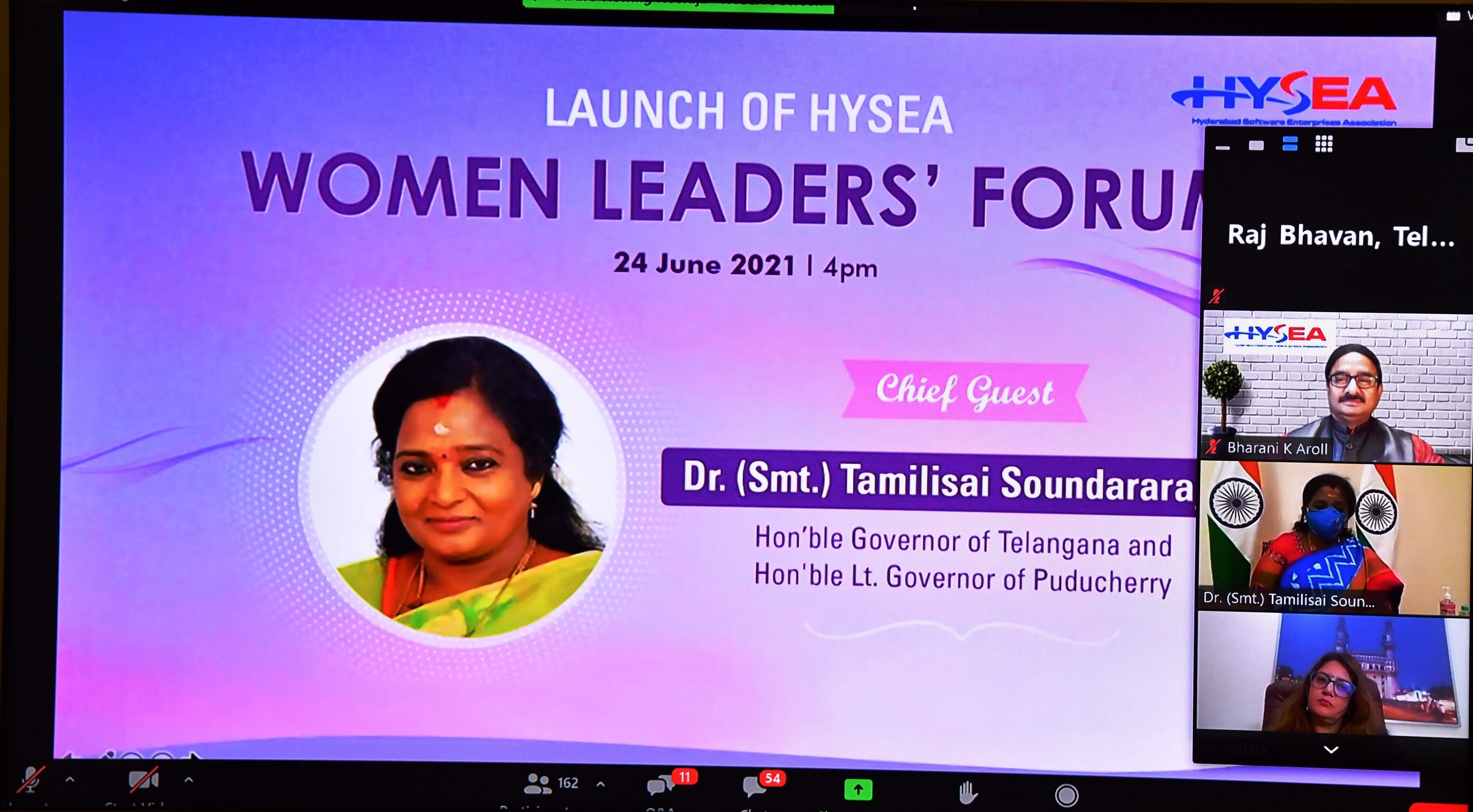 Got good cooperation from all during past two years: AP Governor
1 day ago

Make IVF affordable and accessible to all: Governor Tamilisai
1 day ago

Continue to be on vigil to help the flood-affected: Tamilisai Governor
2 days ago

RLG Launched Clean to Green on Wheels; Aims to reach out to 4 million people across India in FY 2021-22
2 days ago