Prime Minister Narendra Modi on the second day of his two-day visit to Bangladesh sought blessings at the Hari Mandir in Orakandi and interacted with the descendants of revered Thakur family.

Prime Minister also addressed the representatives of the Matua community at Orakandi, from where Sri Sri Hari chand Thakur ji disseminated his pious message of social reforms. Prime Minister underlined that both India and Bangladesh want to see the progress of the whole world, through their development and their progress. Both countries want stability, love and peace in place of instability, terror and unrest in the world. The same values were given to us by Sri Sri Hari Chand Thakur Ji.

Prime Minister made several announcements including upgrading the existing middle school for girls at Orakandi and to set up a primary school as well. Prime Minister also mentioned that every year a large number of people travel from India to Orakandi to participate in ‘BaruniSnan’ on occasion of the birth anniversary of Shri Shri Hari Chand Thakur and more efforts would be made to ease their travel. 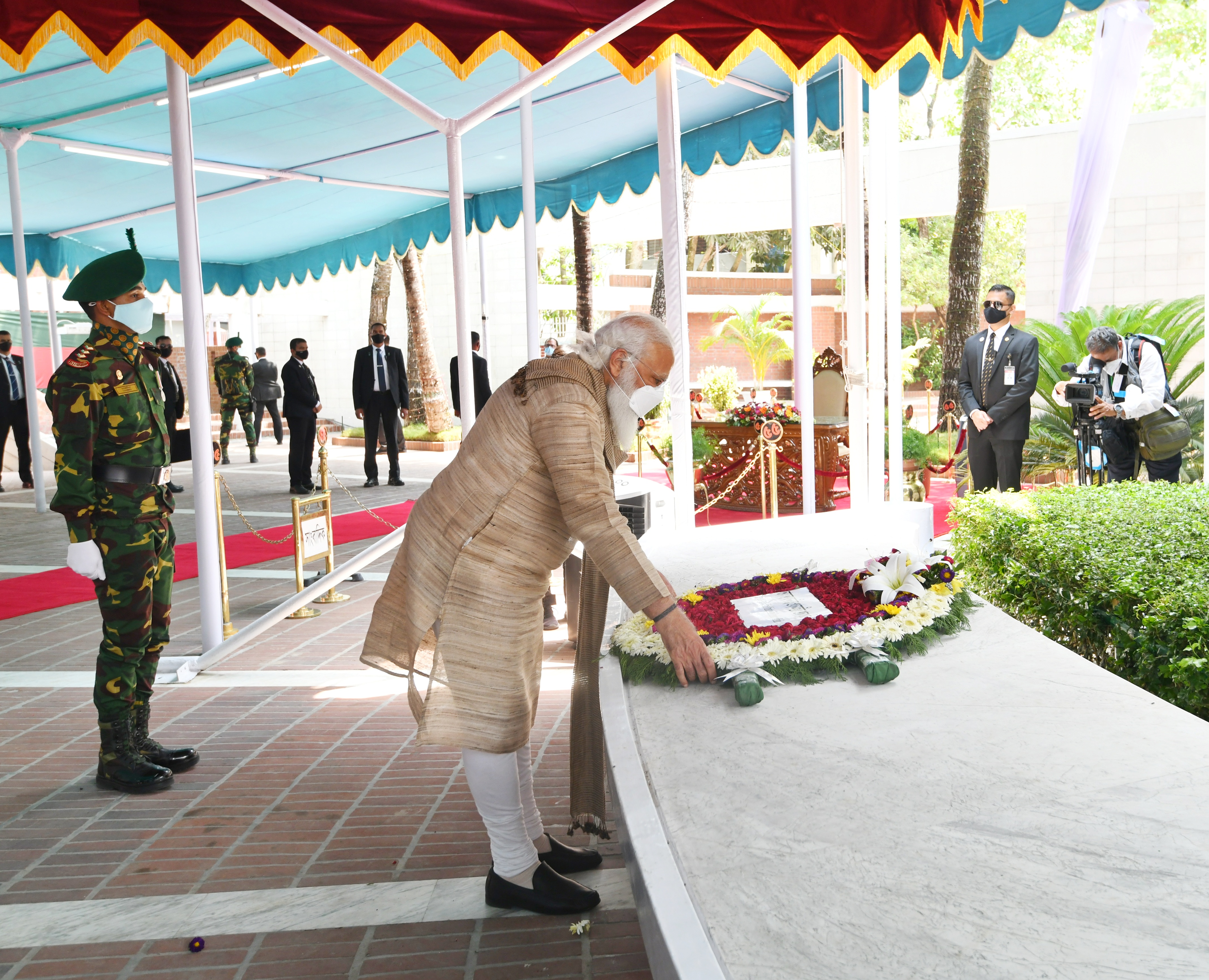 Prime Minister Narendra Modi on the second day of his two-day visit to Bangladesh paid tribute at the Mausoleum of Bangabandhu Sheikh Mujibur Rahman in Tungipara. This marked the first ever visit by any foreign Head of State or Head of Government to pay homage at Bangabandhu Mausoleum Complex. Prime Minister Narendra Modi planted a Bakul tree sapling to commemorate this historic event. His counterpart, Prime Minister of Bangladesh, Sheikh Hasina accompanied by her sister Sheikh Rehana was also present. 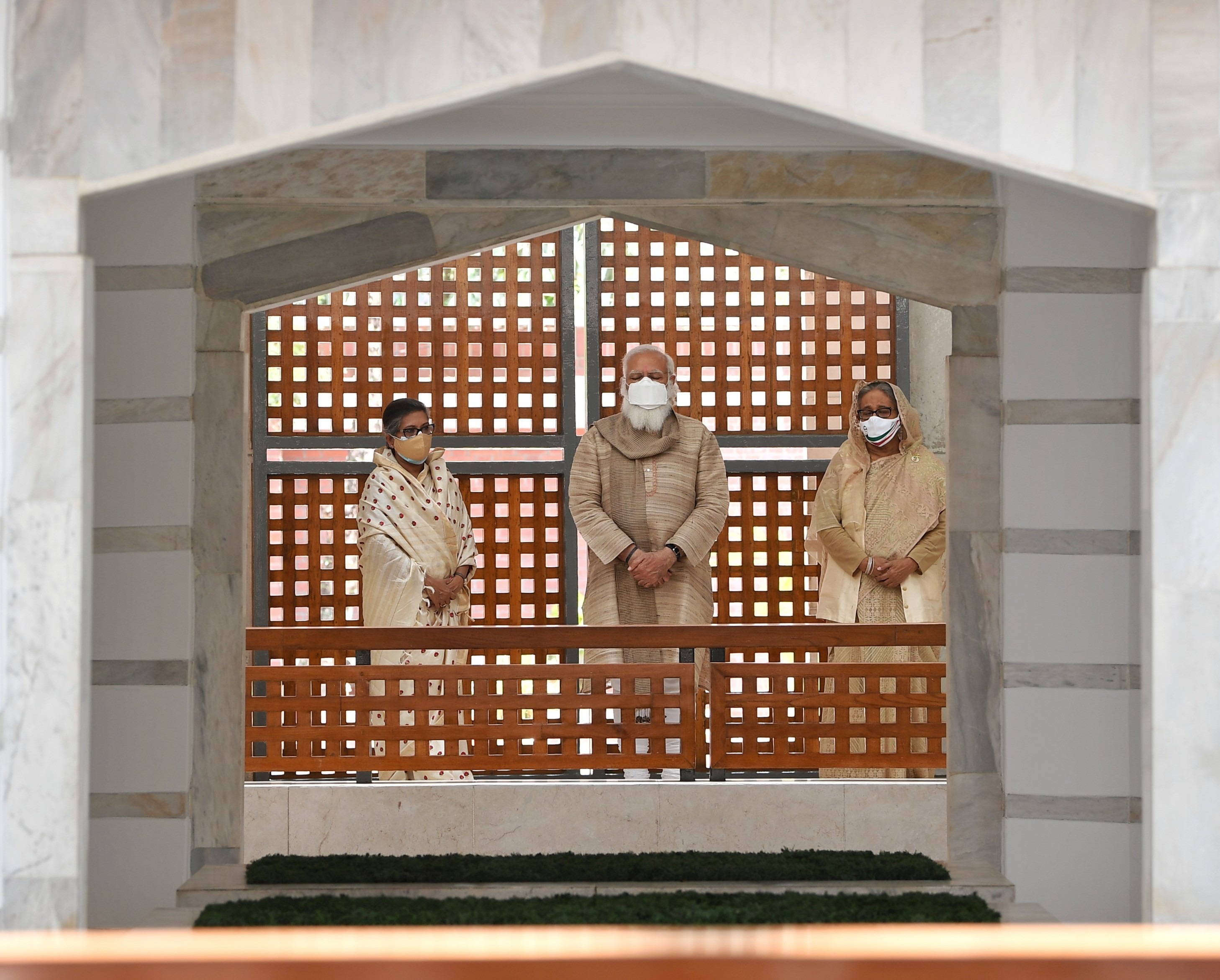 Prime Minister Modi also signed the visitor book at the Mausoleum complex. He wrote- "The life of Bangabandhu epitomized the freedom struggle of the people of Bangladesh for their rights, for the preservation of their inclusive culture and their identity.” 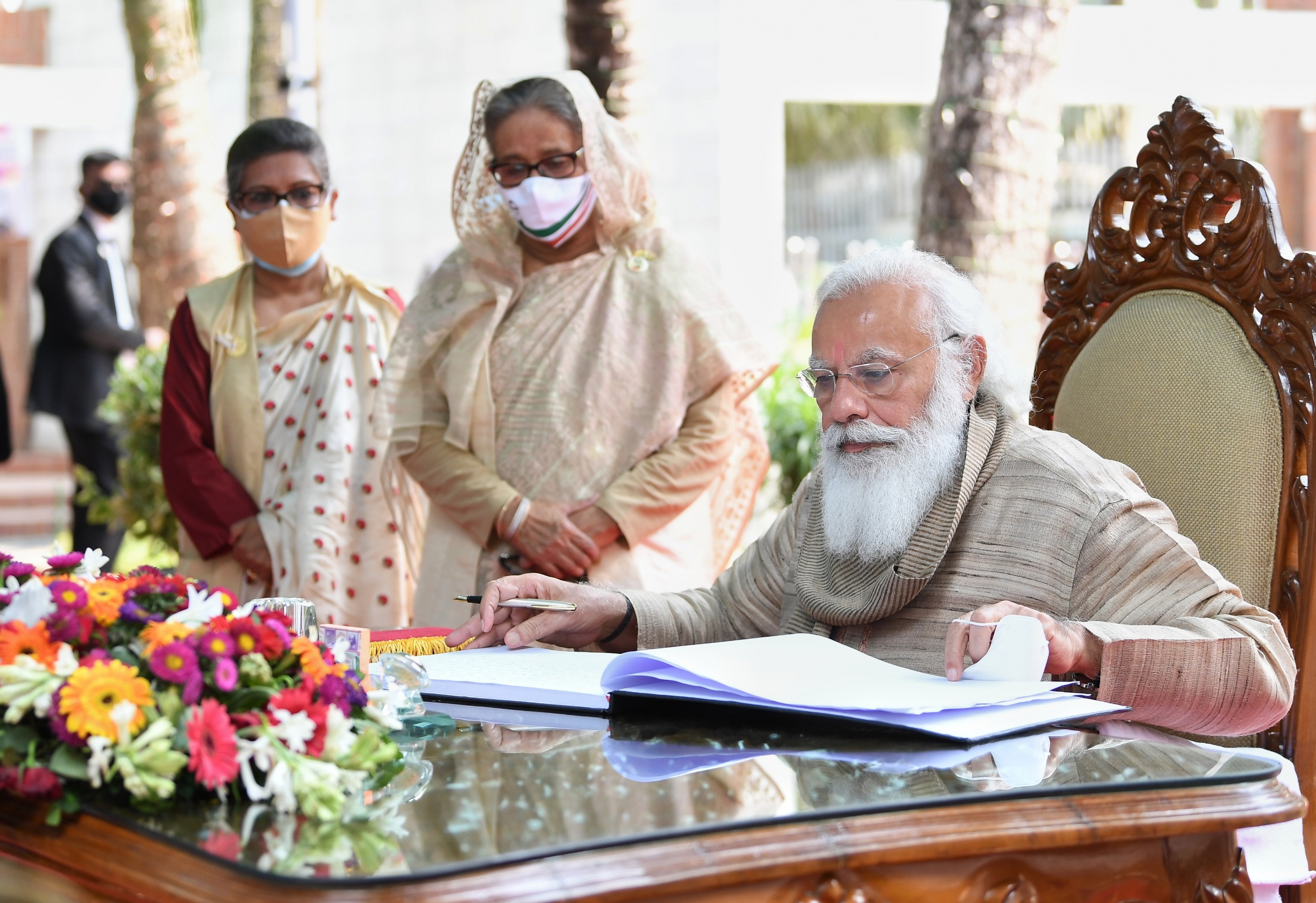 Paytm launches "iPhone Bonanza”, pay electricity bill on the app & get a chance to win an iPhone 12
9 hours ago