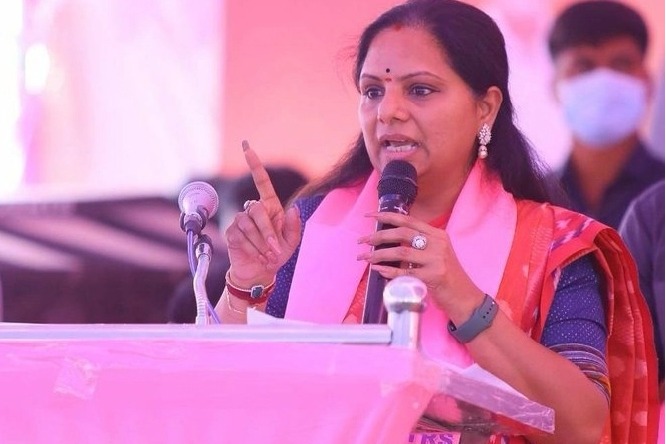 "I've been issued a CBI notice under Section 160 of CrPC seeking my clarification. I have informed the authorities that I can meet them at my residence in Hyderabad on December 6 as per their request," Kavita said on Friday.

The CBI notice dated December 2 said, "During the course of investigation of the subject cited case, certain facts have emerged which you may be acquainted with, hence your examination on such facts is required in the interest of the investigation."

On Thursday, Kavitha's name had surfaced in the remand report filed by the ED at a Delhi court for remand of businessman Amit Arora in connection with the liquor policy case.

AAccording to the remand report, businessman Vijay Nair, who has already been arrested in the case, received kickbacks of Rs 100 crore on behalf of AAP leaders from a group called 'South Group'.

According to the report, the group is reportedly controlled by Sarath Reddy, Kavitha and Magunta Srinivasulu Reddy.

Sarath Reddy, one of the directors of pharma major Aurobindo Pharma, has already been arrested.

More English News
Kamal's tribute to Vishwanath: 'His art will be celebrated beyond his lifetime'
34 minutes ago
SC issues notice to Centre on pleas against blocking of BBC documentary
1 hour ago

Delhi hit-and-drag case: Victim was drunk at the time of incident, sources
3 hours ago

My ruling has been continuously disregarded: RS chairman
4 hours ago

Fire breaks out in Telangana's new Secretariat building
4 hours ago

Legendary Telugu filmmaker Vishwanath is no more
5 hours ago

Telangana Budget session to begin with Governor's address
16 hours ago

Politicians need to focus on economics not politics: KTR
22 hours ago