Participating in Bonalu, a traditional festival of Telangana, along with party MLA Jagga Reddy, Rahul Gandhi whipped himself.

Potharaju is a character in annual Bonalu processions taken out in Telangana. He is considered to be the brother of seven sister goddesses -- different forms of the goddess 'Mahankali'.

Leading the procession, Potharaju carries a whip and lashes against his body to the sound of drum beats.

During his Yatra, the Congress MP has been interacting with local people, dancing with local cultural artists or playing with children.

A day after playing cricket with children during the yatra, Rahul Gandhi turned Potharaju much to the excitement of other leaders and workers walking with him.

On the ninth day of his march in Telangana, the yatra entered Sangareddy district.

The foot march will continue in Telangana till November 7 with one-day break on November 4.

It will cover a total distance of 375 kms in 19 Assembly and seven Parliamentary constituencies in the state. From Telangana, the yatra will enter Maharashtra on November 7. 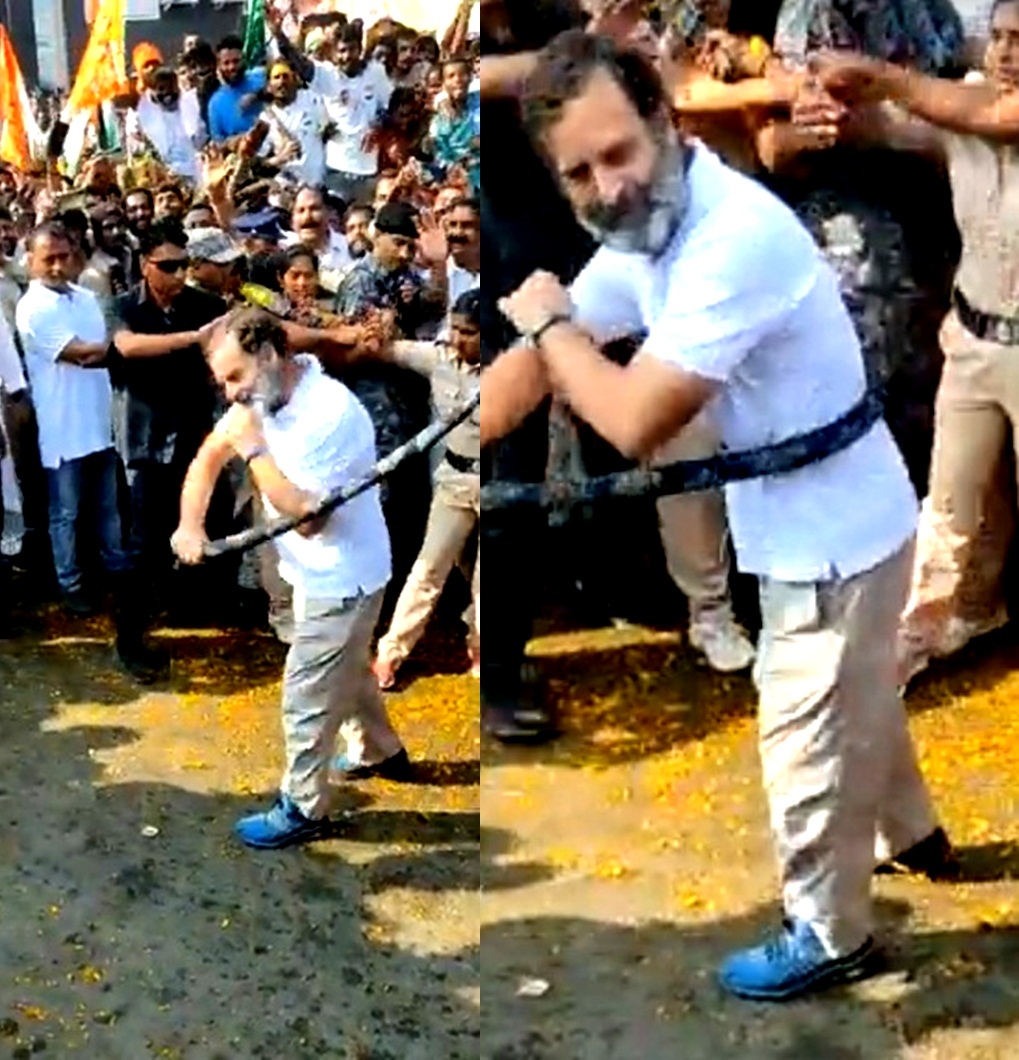