Chandrababu, Pawan Kalyan decide to work together to 'save democracy' The two leaders vowed to work together against the YSR Congress Party (YSRCP) government's "undemocratic style of functioning".

Naidu met Pawan Kalyan at a hotel in Vijayawada, where the latter was staying and expressed solidarity with him in the wake of the recent developments in Visakhapatnam.

After the meeting that lasted for more than an hour, the two leaders told media persons they will work together to save democracy which is facing a grave threat under Y.S. Jagan Mohan Reddy-led government.

Naidu said all democratic forces should come together to save democracy.

"Elections come later. We have to first save democracy," the TDP chief said, evading questions about a possible alliance between the two parties in the next elections.

The former Chief Minister said an action plan would be prepared by bringing all democratic forces to restore people's faith in democracy. "We have to restore the freedom for any party to go to any village and organise a meeting," he said.

"For democracy to survive, there should be political parties to raise the problems of people. What will happen if the voice of the leaders of these political parties is suppressed and false cases are booked against them," asked Pawan Kalyan.

The actor-politician said not just Jana Sena but all parties including the CPI, the CPI-M, the BJP and people's organisations should come forward to work for this.

Naidu said the government was targeting all those raising their voice against its misrule. He said the ruling party first targeted him and now is targeting Pawan Kalyan.

He said in his 40-year-old political career he did not see a situation like this. "I have seen many parties but have not seen a party like the YSRCP which has stooped very low," he said.

The TDP leader alleged Chief Minister Jagan Mohan Reddy was drawing sadistic pleasure by abusing opposition leaders, by insulting them and by subjecting them to mental torture.

The two leaders discussed the developments of the last couple of days in Visakhapatnam, where police barred Pawan Kalyan from addressing meetings or rallies following attack on vehicles of ministers and other leaders of the YSRCP at Visakhapatnam Airport.

Several leaders and scores of Jana Sena were arrested for the attack. Pawan Kalyan, however, denied the involvement of his party in the incident and alleged that the YSRCP was targeting his party for raising people's voice. 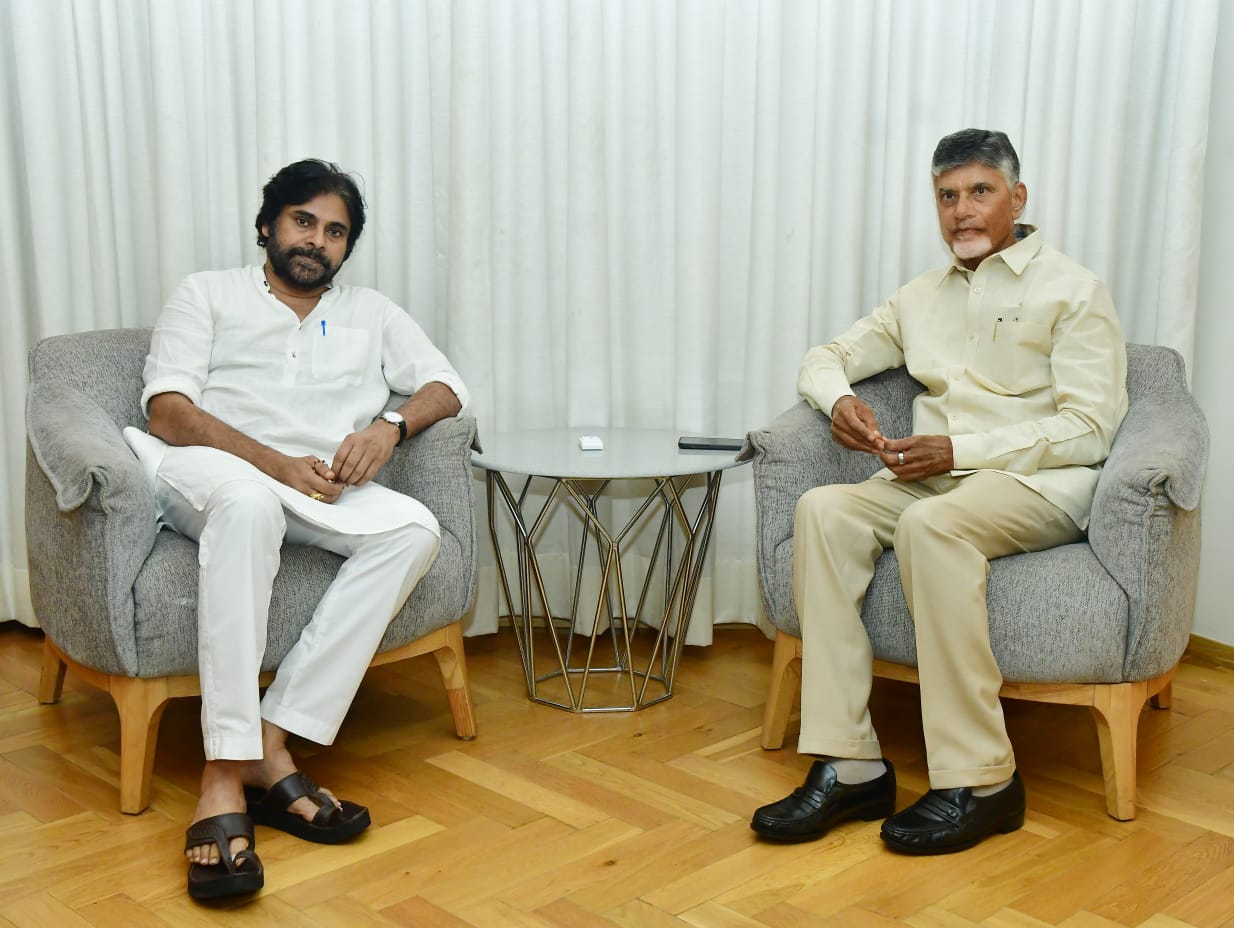