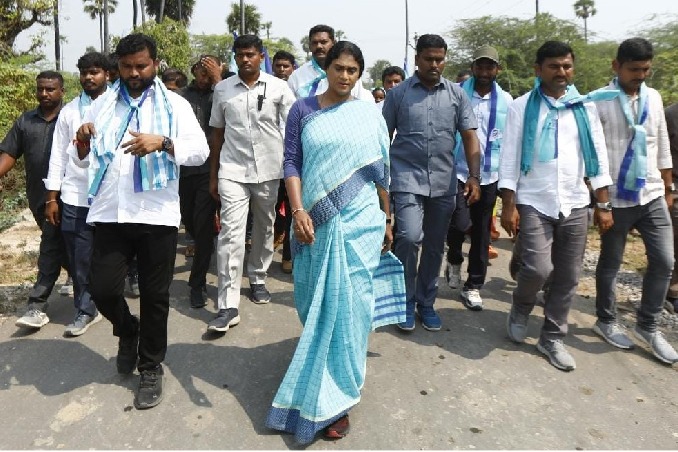 Sangareddy, October 4: Cops registered a case against YSR Telangana Party (YSRTP) president YS Sharmila under SC/ST Atrocities Act based on the complaint of Dalit leaders of the TRS. Addressing a meeting at Jogipeta bus stand in Andol Assembly constituency, represented by TRS MLA Chanti Kranthi Kiran, as part of her Praja Prasthanam Padayatra, she alleged that the MLA, being a Dalit, has been encroaching government and assigned lands.

Sharmila went to an extent of saying that Kranthi Kiran’s father himself revealed that his son was involved in land grabbing activities. During her speech, she slammed the MLA for not fighting to protect rights of Dalits and journalists. In the complaint, the local TRS leaders said that she insulted the Dalit MLA in the public.

Recently, Congress MLA Jagga Reddy responding strongly to the allegations of Sharmila. He attributed family disputes for launching the YSRTP by Sharmila in Telangana. She too hit back at Jagga Reddy for his comments.

Not scared, ready to cooperate with ED, says KCR's daughter Kavitha
12 hours ago

India will work to promote universal sense of oneness as G20 President: PM
13 hours ago