Bypoll: Whose side are you, KTR asks Munugode people in tweet 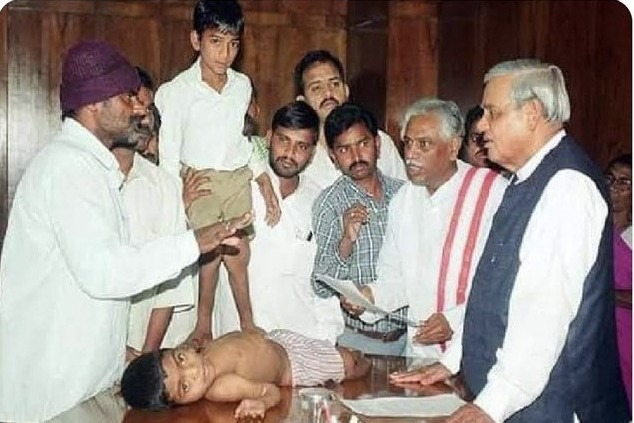 Hyderabad, October 4: Minister for IT and Industries K. Taraka Rama Rao (KTR) posted an interesting tweet posing ‘whose side are you’ question to people of Munugode Assembly constituency.

“Will you side Congress in by-election for not resolving fluorosis issue in erstwhile Nalgonda district or BJP for denying funds to Mission Bhagiratha despite NITI Aayog’s recommendation for putting an end to fluorosis or TRS for relieving people from fluorosis by providing clean drinking water through Mission Bhagiratha,” he asked and made an appeal to them to decide which party is entitled to victory in Munugode.

KTR attached a photo to his tweet in which former Prime Minister late Atal Bihari Vajpayee examining a boy from combined Nalgonda district affected by fluorosis. “Not a single rupee sanctioned to fluoride-hit district even after Vajpayee’s intervention,” he said and recalled that the Central government had announced in the Parliament that Telangana Chief Minister K. Chandrashekar Rao (KTR) had showed a permanent solution to fluorosis.