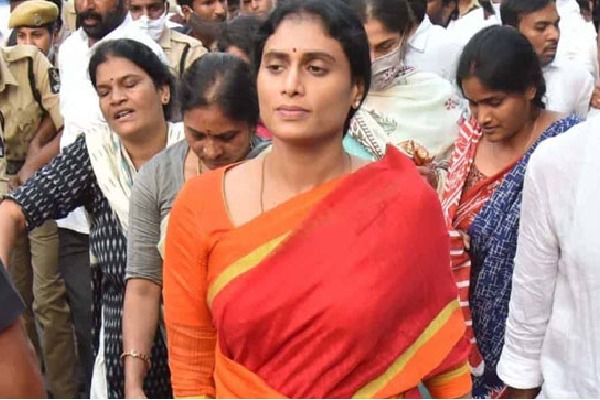 Addressing a public meeting during her padayatra in Medak district on Monday, Sharmila alleged that KCR pushed the State into a debt trap of about Rs four lakh crores. KCR is least worried even hundreds of farmers are dying and jobless youth are committing suicide. All the loans the TRS government brought went straight into KCR’s farm house, she criticized.

Sharmila said that she was shocked when KCR compared himself with Mahatma Gandhi, who never took up fake deeksha like KCR. She said that separate Telananga was achieved as a result of the fighting by crores of people, hundreds of life and property sacrifices, but KCR is boasting as he alone achieved separate State. She demanded KCR to reveal, how many of his family members sacrificed their lives? Did anyone of his family faced lathi charge? Did they lost their property during Telangana movement?