A section of media abandoned credibility to please TDP: Vijayasai 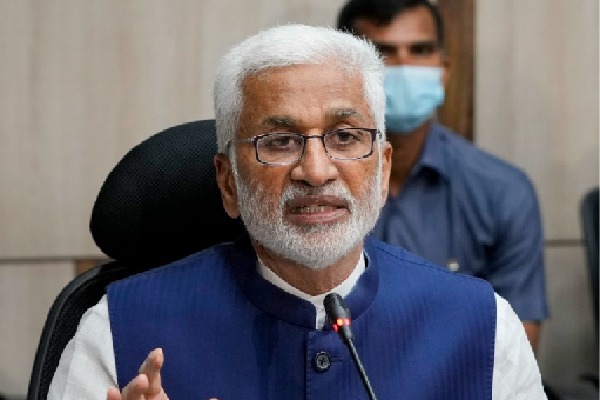 Amaravati, October 3: YSRCP national general secretary and Rajya Sabha member V. Vijayasai Reddy in a tweet on Monday said that a section of media abandoned credibility to please TDP. Referring to TDP chief N. Chandrababu Naidu, he said, “It is of no use as to how much ever the newspapers and TV news channels try their best to create an positive impact among people about him.”
The MP faulted the media supporting the TDP for tarnishing the image of politicians with false reporting and distorted facts. “News on Daspalla lands is one such example,” he added.

In another tweet, the MP came down heavily on Chandrababu for taking people of Kuppam for ride without developing the constituency. “His ego tells him that he will win Kuppam without any effort,” he flayed and pointed out that the TDP chief did not visit Kuppam segment regularly before and during 2019 elections. “Kuppam city witnessing rapid development under the leadership of Chief Minister YS Jagan Mohan Reddy,” he mentioned.