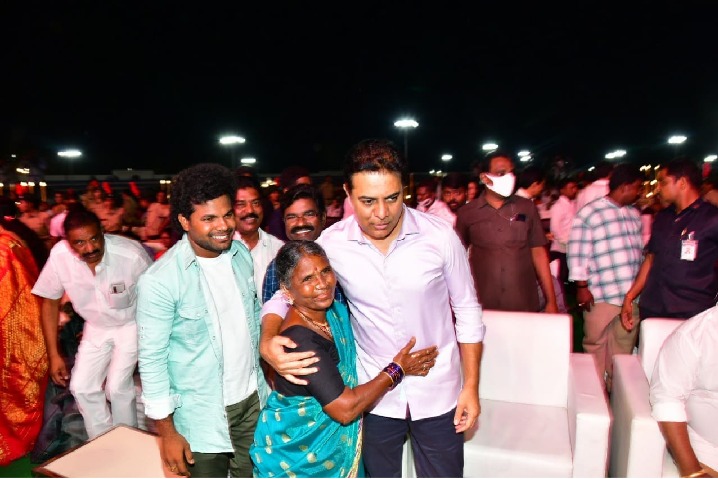 Speaking on the occasion, Gangavva praised KTR and compared him with superstar Mahesh Babu. When KTR got turn to speak, he expressed happiness for witnessing the performances of Telangana artistes. He made fun with Gangavva by saying, “I don’t have problem being compared with Mahesh Babu, but the actor gets hurt if he listens to her words.”

KTR adviced Gangavva to go for eye testing and promised her to appear in ‘My Village Show.’ “I will learn unknown things from Gangavva and tell her YouTube channel subscribers whatever I know,” he mentioned. Photo of KTR and Gangavva together shared on social media by K. Dilip, Digital Media Director of the Telangana government. Retweeting photo, KTR reiterated his promise to appear on the show.

Not scared, ready to cooperate with ED, says KCR's daughter Kavitha
12 hours ago

India will work to promote universal sense of oneness as G20 President: PM
13 hours ago