300 mobiles stolen in one hour at GodFather pre-release event 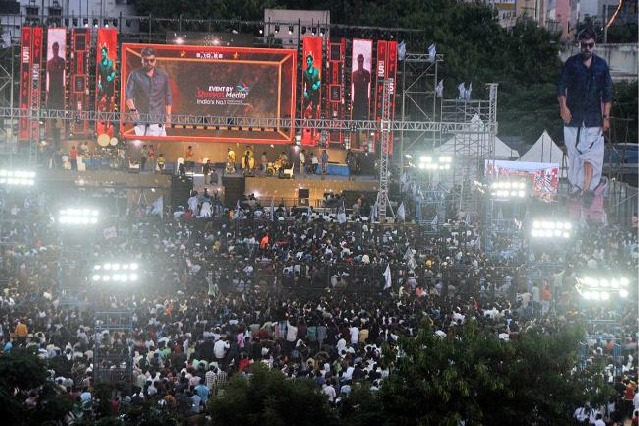 Thousands of megastar fans attended the pre-release event in which Chiranjeevi released trailer of GodFather slated for release in theatres on October 5 this year. Speaking on the occasion, he praised Bollywood actor Salman Khan for his brilliant acting in the movie.

Alert in south coastal Andhra for cyclone 'Mandous'
2 minutes ago

BJP leads in Gujarat, tough fight with Congress in Himachal
46 minutes ago