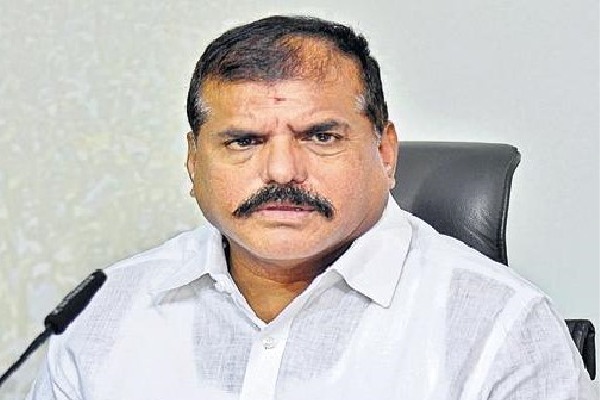 Amaravati, September 30:  Responding to Telangana Minister Harish Rao’s comments of cases are registered against government teachers in Andhra Pradesh, Education Minister Botsa Satyanarayana asked him to visit AP once and know the ground reality. “Teachers are happy in the YSRCP government rule,” he asserted and said that difference between PRC scales to AP and Telangana employees is a proof.

To a question, Botsa defended construction of a new hotel in place of old one at Rushikonda in Visakhapatnam. Saying all constructions in Rushikonda are as per rules, the minister asked as to what is wrong if CM’s office and government offices are built. “My government is ready to take an all-party delegation to Rushikonda if needed,” he stated and criticised Maha Padayatra undertaken by Amaravati farmers.

Botsa challenged the TDP leaders to organise walkathon in support of Amaravati as only capital of AP. Hitting back at the TDP over allegations of grabbing government lands in Visakhapatnam, he stated that his forefathers left behind enough properties for him.

Alert in south coastal Andhra for cyclone 'Mandous'
3 minutes ago

BJP leads in Gujarat, tough fight with Congress in Himachal
47 minutes ago