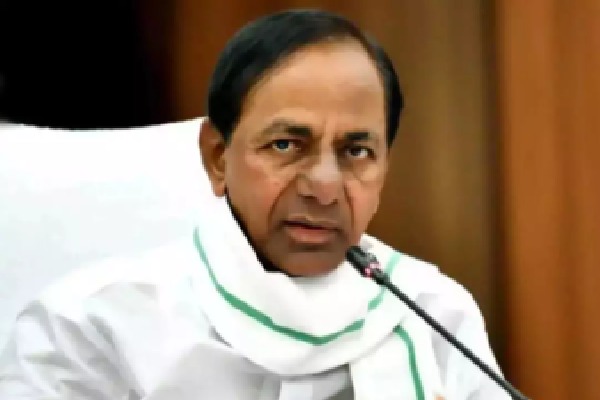 Hyderabad, September 29: Chief Minister and TRS chief K Chandrashekar Rao is likely to announce the name of his national party on Dasara festival day. KCR is going to conduct TRSLP and party meeting on the day and with the consent of people’s representatives, KCR has decided to announce national party and its name at about 1.19 pm.

It should be reminded here that KCR had already announced that he is entering into national politics to dethrone BJP government at the Centre. He said that he will rule the Centre with the like-minded parties and will give free current to all the farmers across the State if they come into power.

On the other hand, Nitish Kumar and Lalu Prasad Yadav recently met Congress chief Sonia Gandhi, which led to rumours that they are planning to form anti-BJP group along with the Congress. This may have an impact on KCR’s plans to form national-level alliance with non-BJP and Congress parties. It was said among political circles that even KCR will withdraw his national party idea. But KCR gearing up to announce his national party on the festival day once again led to discussions in the national politics.

Alert in south coastal Andhra for cyclone 'Mandous'
59 minutes ago