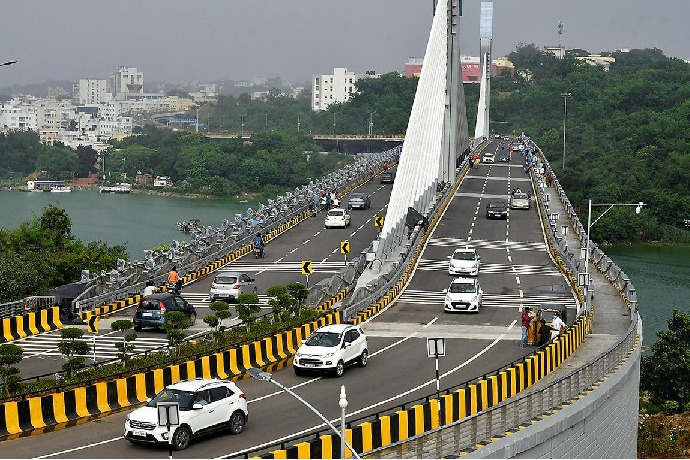 Hyderabad, September 29: A 23-year-old woman allegedly jumped off Durgam Cheruvu cable bride on Wednesday. Passerby noticed this and informed Lake police, who are searching for the woman with the help of speed boats.

Police traced the details of the woman from her hand bag, which she left at the bridge before jumping in. The woman was identified as Swapna, resident of Abdullapurmet. Police also found out medical reports in her bag, which revealed that she has been undergoing certain treatment in a hospital. The woman got married a year ago and allegedly committed suicide due to health problems.

Meanwhile, according to sources, so far eight persons have ended their life by jumping off from cable bridge.

Alert in south coastal Andhra for cyclone 'Mandous'
56 minutes ago