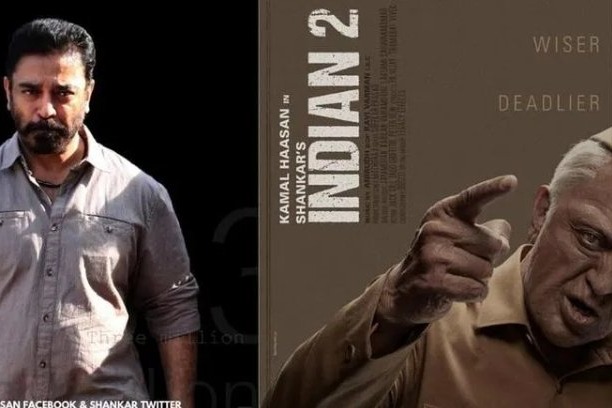 Chennai: Shankar's prestigious movie 'Indian', which was released in 1996, was a sensational success at the box office. Kamal was seen as a warrior fighting against corruption. Shankar announced that he is making a sequel to this film.

It is being made with the title of 'Indian 2'. He had completed the project a few years ago. Lyca Productions was producing the movie. But the project got stuck due to budget issues. But after all the problems were solved, 'Indian 2' resumed shooting a few days ago. Recently, Kamal Haasan stepped into the sets of the movie. The related photos have gone viral on social media.

Kamal appeared in the role of Senapati in 'Indian'. He will be seen in the same role in 'Indian 2'. Kamal joined the sets of Indian 2 on September 22. He shared the related photos with his fans on social media. Shankar and Kamal can be seen discussing in those pictures.

'Indian-2' is going to be an action thriller. Kajal Aggarwal plays the heroine. She reportedly learned horse riding for the film. The video was posted on social media. Siddharth, Rakul Preet Singh, Priya Bhavani Shankar, Bobby Simha and others are playing key roles in 'Indian 2'.

Two years ago in February 2020, there was a huge fire on the sets of 'Indian 2'. Three people died in this accident. While 10 others were seriously injured. Kamal never entered the sets of Indian 2 after that incident.

Beneficiary selection for Dalit Bandhu is our choice, says Indrakaran to women
11 hours ago