Hyd: 20 hurt including woman in stampede for India-Aus match tickets 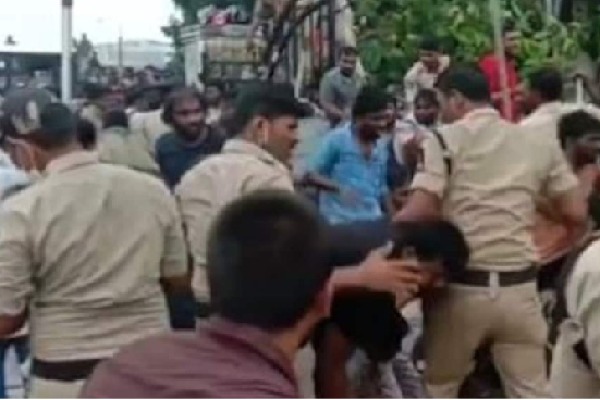 Hyderabad, September 22: Twenty including a woman suffered minor injuries when stampede took place at counters opened for sale of tickets for third T20 match between India and Australia at the Gymkhana Grounds in Secunderabad on Thursday.

Additional Commissioner of Police (Law and Order) DS Chauhan denied reports that a woman died in the stampede and several sustained serious injuries. He said that injured were admitted to various hospitals.

Stampede attributed to Hyderabad Cricket Association’s failure to organise sale of tickets systematically. The HCA made available only 3,000 tickets for sale at counters when the Uppal Stadium’s capacity is 55,000.

Earlier, an announcement made that tickets will be sold online through Paytm Inside website. But the HCA clarified tickets will be issued at counters in offline. Chauhan mentioned that stampede occurred as HCA failed to make proper arrangements. “Even it did not listen the police advice of increasing counters,” he said.