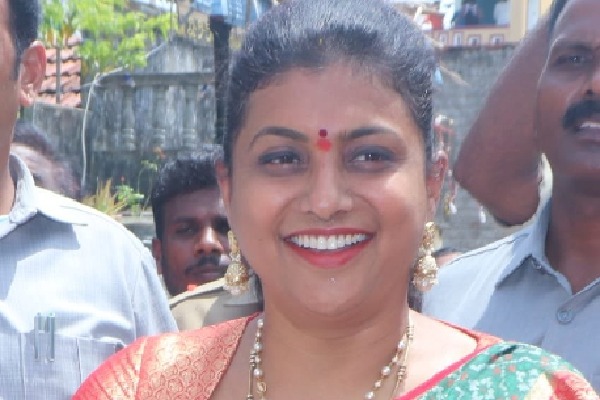 Speaking to the media here on Thursday after VIP break darshan at Tirumala, the minister said that the AP has emerged as number one among all states in ‘Ease of Doing Business’ under the leadership of the CM. “YSRCP government is providing friendly support to industrialists willing to set up their units in the state,” she mentioned.

However, Roja faced the ire of devotees as she forced the TTD to provide protocol and VIP break darshans to 30 of her followers today morning. She stayed inside the Tirumala temple till all her followers had darshan. The TTD has to break the rule of not allowing break darshans till August 21 as Roja reportedly exerted pressure on officials.

Bypoll: Whose side are you, KTR asks Munugode people in tweet
50 minutes ago