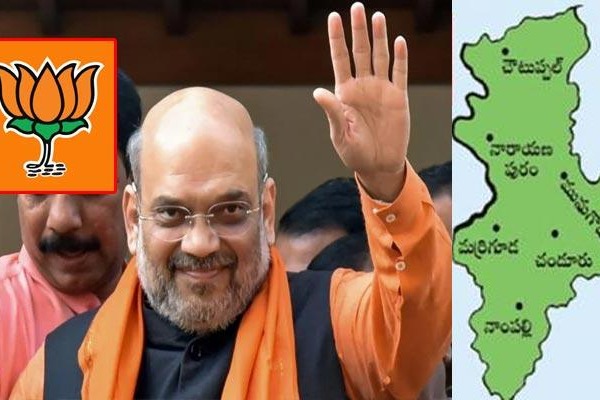 Delhi/Hyderabad, August 18: Central Minister Amit Shah State tour was confirmed. BJP national general secretary and in-charge of State affairs Tarun Chugh informed that Amit Shah will attend as the chief guest at the public meeting to be held in Munugode at 4 pm on August 21. He also informed that several leaders of the region would join the BJP in the public meeting and Amit will announce party action plan also.

Briefing the media at his residence in Delhi, Tarun alleged that Chief Minister K Chandrashekar Rao is murdering democracy in Telangana and the main enemy for Telangana is corruption and family rule. He wondered, “Why KCR become panic when any one questions him about corruption?”

Stating that KCR has been worrying for some time about losing power, hence KCR and TRS leaders and activists are attacking BJP leader Bandi Sanjay’s ‘prasa sangrama yatra’ he alleged.

Amit Shah will reach Hyderabad at 3.30 pm on August 21 and will go to Munugode in a special helicopter. After a brief review with CRPF officials, he will participate in the public meeting. He will return to Hyderabad at 6 pm and then back to Delhi.

Bypoll: Whose side are you, KTR asks Munugode people in tweet
54 minutes ago