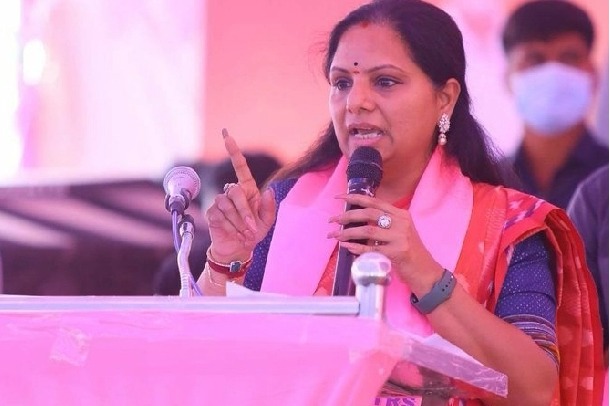 Hyderabad, Aug 10:  A day after Bihar Chief Minister Nitish Kumar severed ties with the NDA and joined hands with the RJD to alter the political set up in Bihar, Telangana Rashtra Samithi (TRS) leader K. Kavitha lauded the JD-U leader on countering the era of 'backdoor politics' in the eastern state.

The ruling party in Telangana has been engaged in a bitter turf war with the BJP, which has been targeting it over the last several months.

Speaking to the media, MLC Kavitha said, "I believe it's a positive change for the whole nation, because the era of backdoor politics has been countered very well by Nitish Kumar. I appreciate the efforts he has taken and the Mahagathbandhan which stood behind him to uphold the verdict given by the people of Bihar."

The TRS leader, who is also the daughter of Telangana Chief Minister K. Chandrasekhar Rao, said that there should be an end to backdoor politics, adding that Bihar has shown the way.

"This backdoor politics should be stopped in one way or the other. Bihar has started the process. Nalanda has always shown the way to the world, and now to the country I believe. I hope it gets repeated everywhere else," she said.

More English News
Criticise KCR not AP if Harish Rao has issues with him: AP Minister Amarnath
10 minutes ago