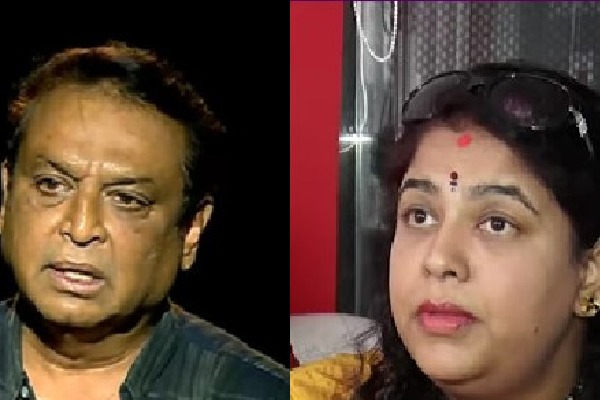 Bengaluru, June 30: Ramya Raghupathi, third wife of Tollywood actor senior Naresh, has alleged that her husband is womaniser. In an exclusive interview, she refuted allegations of indulging in Rs 500 crore fraud by using Naresh’s name.

Ramya revealed that Naresh is planning to marry Pavitra Lokesh without giving her divorce. “Recently, I receiving summons from the court,” she said and made it clear that she wants justice and not ready to give divorce.

Responding to her charges, Naresh said that no one till date had registered a complaint of harassing a woman in the police station against him. The actor mentioned that he was responsible to fix marriage of Ramya’s sister. “Parents of bridegroom did not take any money as dowry because of my late mother Vijaya Nirmala,” he claimed.

Further, the actor stated that he is having life threat from Ramya. “I am living in a constant fear,” he mentioned and added that divorce papers were filed one month ago.