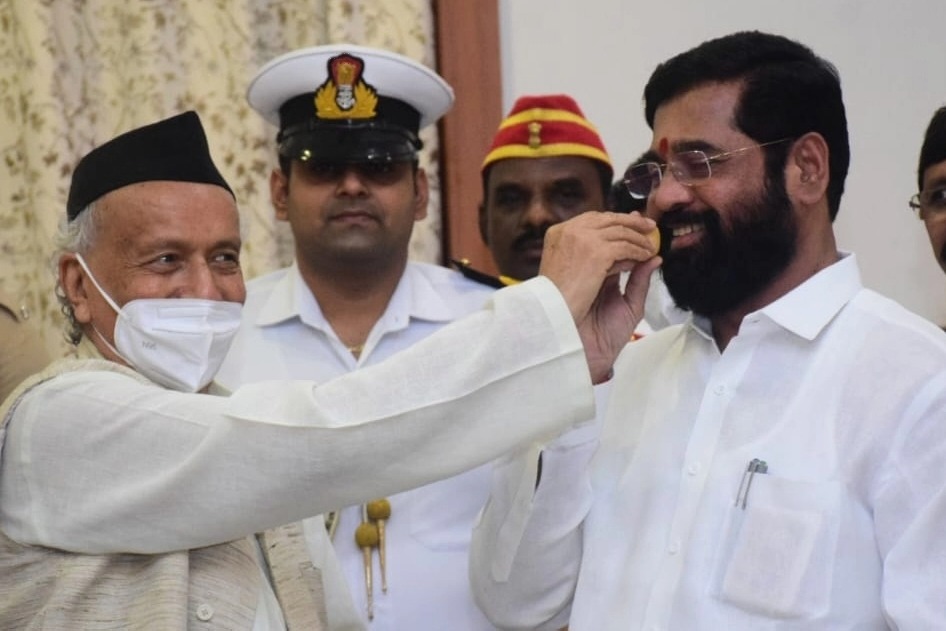 Mumbai, June 30:  In a dramatic twist to the ongoing political upheavals in Maharashtra, Shiv Sena's rebel group leader Eknath Shinde will take oath as the new Chief Minister of the state at the Raj Bhavan here on Thursday evening.

BJP's Leader of Opposition Devendra Fadnavis made the announcement after calling on Governor Bhagat Singh Koshyari along with CM-elect Shinde on Thursday afternoon.

"We have submitted a list to the Governor of all the BJP MLAs, the group led by Shindeji, 16 Independents and others, with more joining us soon," said Fadnavis.

Accordingly, Shinde will be sworn-in alone as the CM on Thursday at 7.30 pm at the Raj Bhavan; later, the cabinet will be expanded to accommodate MLAs from both sides.

"I will remain out of the government, but I shall do everything possible to make the new government a success on all fronts, and resume the developmental activities that had stopped in the past two-and-a-half years," said Fadiavis.