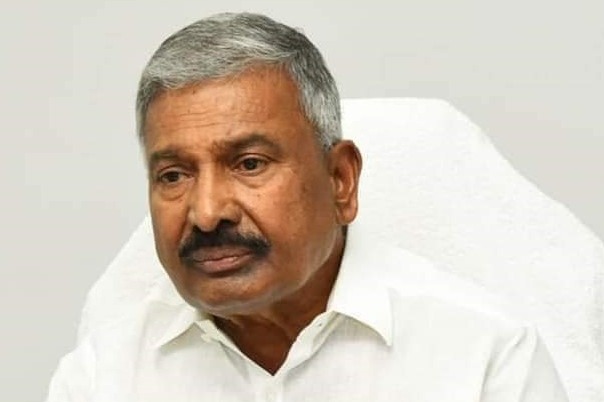 Addressing the YSRCP plenary, Peddireddy alleged that the TDP leaders are behind the rumour in order to demoralise the YSRCP cadre in the constituency. He made it clear that YSRCP MLC KRJ Bharath is party’s official candidate in Kuppam for ensuing Assembly elections.

Bharath is the son of senior YSRCP leader Dr. Chandramouli, who contested against Chandrababu in 2019 elections. In April 2020, Chandramouli, a retired bureaucrat, passed away due to ill-health.

Peddireddy made an appeal to voters to support Bharath in next elections and not to believe rumours. He exuded confidence of Bharath becoming MLA from Kuppam in 2024 with his cooperation.

Responding to the news of YSRCP is making actor Vishal to contest from Kuppam, the TDP supporters said that no popular hero can defeat Chandrababu in upcoming Assembly elections.