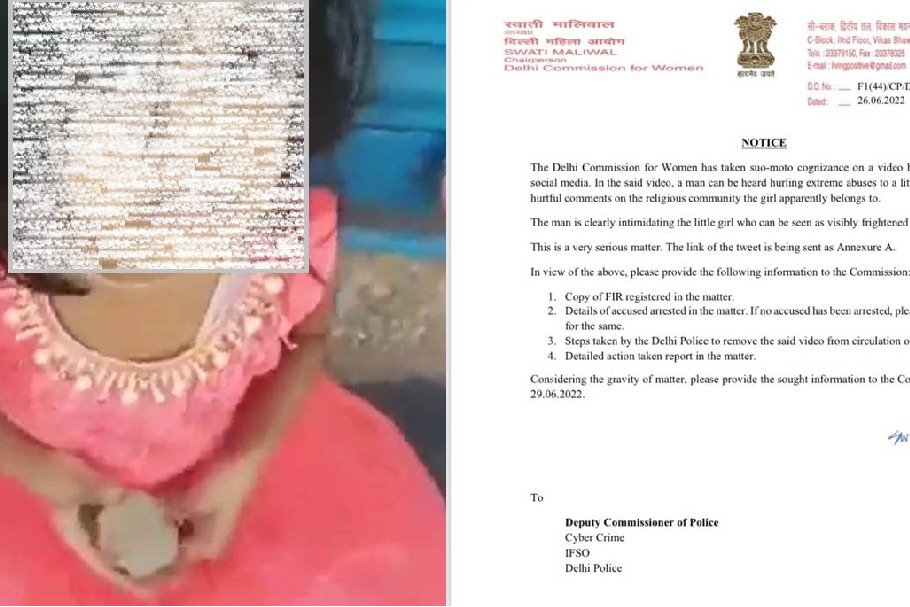 New Delhi, June 26: A video of a minor girl in which a man could be heard hurling abuses and making derogatory comments against a community the girl apparently belongs to, went viral on social media prompting the Delhi Commission for Women to take cognizance of the matter.

In the 9-second video clip, the man was allegedly targeting a particular community and also asking the girl to hurl abuses.

Taking suo-motu cognizance of the video, the Delhi Commission for Women Swati Maliwal on Sunday issued a notice to Delhi Police seeking details of the FIR registered in the matter. "The man is clearly intimidating the little girl who can be seen as visibly frightened and shaken. This is a very serious matter," Maliwal said.

The DCW chief further demanded the copy of the FIR and detailed action taken report from Delhi Police within three days. However, a senior Delhi Police official confirmed to IANS that so far no FIR has been registered in the matter.