India pushes for projects in Sri Lanka instead of LOCs: Report 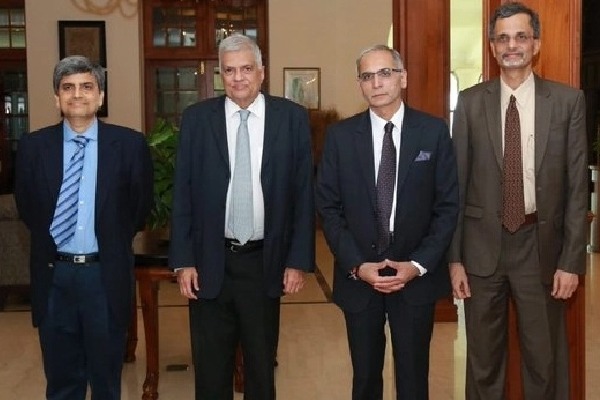 Colombo, June 26: Instead of offering more credit lines, India is pushing for quicker implementation of its projects in Sri Lanka, a media report said on Sunday. This had been stressed by the four-member Indian delegation led by Foreign Secretary Vinay Kwatra during its discussion with President Gotabaya Rajapaksa, Prime Minister Ranil Wickremesinghe and other senior officials in Colombo on June 23.

In its report, the Sunday Times said that the Mannar-Pooneryn wind power plants granted to Adani Green Energy Limited, the West Container Terminal in which Adani Ports has a controlling stake; and the proposed joint venture solar power plant in Sampur with India's National Thermal Power Corporation are among the projects New Delhi was keen to fast-track.

According to the newspaper, it was unlikely that more credit lines are to be secured from India for fuel, even though there could be a $1 billion swap but not for oil.

Following the meeting on June 23, the Indian High Commission in Colombo said in a statement: "Both sides had a productive exchange of views on the current economic situation in Sri Lanka as well as India's ongoing support. In the meeting with Prime Minister Ranil Wickremesinghe, the two sides had an in-depth discussion on the Sri Lankan economy and efforts undertaken by the Government of Sri Lanka towards achieving economic recovery.

"In this context, both sides highlighted the importance of promoting India-Sri Lanka investment partnership including in the fields of infrastructure, connectivity, renewable energy and deepening economic linkages between the two countries."

While speaking to President Rajapaksa, Foreign Secretary Kwatra had assured that India, as a close friend, would extend its fullest support to Sri Lanka in overcoming the difficult situation, the statement added.