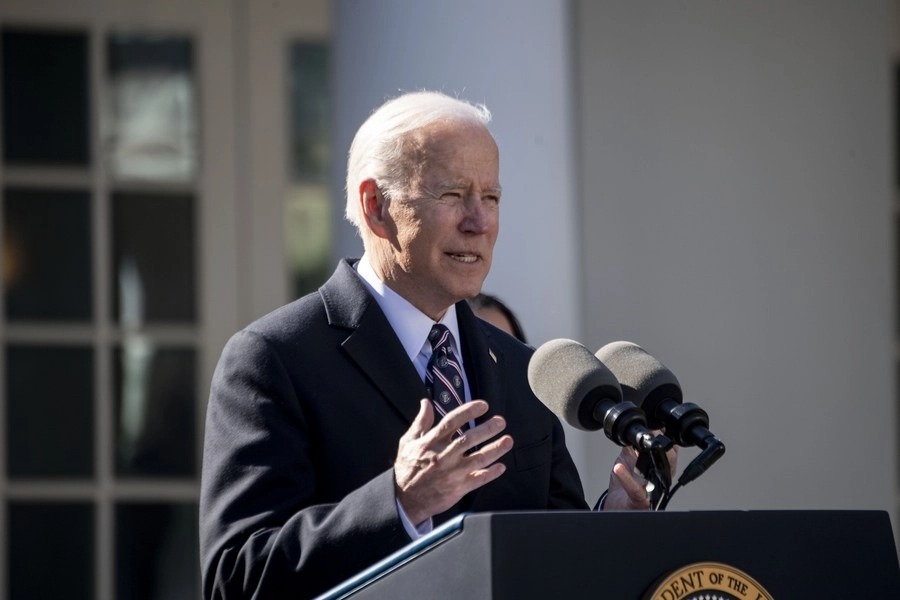 Washington, June 25: US President Joe Biden on Saturday signed into law a legislation that makes modest changes in the gun laws of the country but marks a significant step on reforms in decades. "Nothing is going to fill that void in their hearts," Biden said of survivors and relatives of gun violence victims. "But they lead the way so other families will not have the experience with pain and trauma that they have to live through."

Passed by the US Senate on Thursday and the House of Representatives on Friday, it expands background checks for prospective buyers between 18 and 21 both the Buffalo and Uvalde shooters were 18, includes abusive dating partners in the list of those who could be prevented from buying guns, and, finally, it seeks to incentivise states to introduce red-flag laws that would allows law enforcement or relatives to prevent guns from falling in the hands of people who could harm either themselves or others.

The bill also seeks to pump in $15 billion into school safety and mental health care.

The bill was negotiated by 10 Republican and 10 Democratic Senators and passed both chambers of Congress with bipartisan voting, as many Republicans but not all joined their Democratic colleagues to beak a decades-long logjam that prevented reforms; the last successful effort was in 1994 when assault weapons were banned.

"This vote shows that Senators can and will come together to find common ground on lifesaving issues," Sandy Hook Promise, an advocacy formed by the parents of the children killed in the Sandy Hook elementary school massacre of 2013, said in a statement after the Senate vote on Thursday. "It is not a choice between protecting our children and communities and preserving the Second Amendment. We can do both."

"With this bipartisan package, we take the first steps to fight back on behalf of the American people, who desperately want new measures to keep communities safe in the high numbers in the polling," Speaker Nancy Pelosi said on the floor of the House on Friday. "To those who lacked the courage to join in this work, I say your political survival is insignificant compared to the survival of our children."

Mitch McConnell, the top Republican in the US Senate, had said: "This is the sweet spot... making America safer, especially for kids in school, without making our country one bit less free."

He added: "I thought it was time to act, and if (Democrats) were willing to join with us and pass legislation that actually targeted the problem, which is school safety and mental health, why would we not want to do that?".