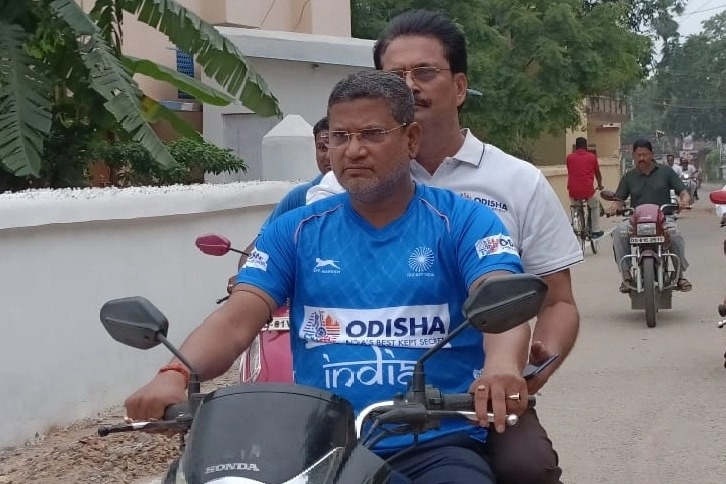 Bhubaneswar, June 25: Odisha minister Samir Ranjan Dash and Balasore MLA Swaroop Das were fined for violating traffic norms on Saturday. A video of the incident in Balasore has gone viral on social media in which Das could be seen riding the bike with the minister as pillion, both not wearing helmets. The motorcycle owner, who is a friend of Das, received an e-challan through SMS from the traffic police.

"In the morning we were in a hurry to make a surprise visit to some schools. No four-wheelers were available at that time so we went on a motorcycle. Mid-way we realised that we did not wear helmets," said Das. Soon after the visit, the MLA said he went to the traffic police station and paid Rs 1,000 as fine.

Meanwhile, during the inspection at Mahavir Nodal School in Balasore, state School and Mass Education Minister Dash found that the Class 3 students were unable to recite the table of three. "When I reached the school, mathematics class was going on. So I asked the students about tables, but the students failed to recite the table of three," Dash told mediapersons after the field visit.

Expressing displeasure, the minister asked the District Education Officer (DEO) to issue a show-cause notice to the headmistress and block her salary until the Class 3 students are able to recite tables up to 15.

President appoints Justice U.U. Lalit as next Chief Justice of India
8 hours ago

Techie dies while playing cricket in Hyderabad
9 hours ago