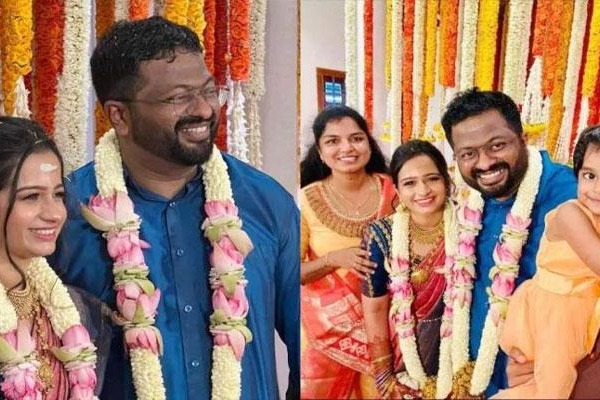 The engagement of them, who have been in love for some time, was conducted in the presence of family members and relatives. Photos related to this are currently going viral on social media. With this, Kollywood movie celebrities and stars are congratulating director Mitran on social media platforms.
Hero Karthi, director Ravi Kumar and other celebrities have taken to Twitter to congratulate the new couple.

Ashameera also revealed that she is engaged to director Mitran. While Mitran made his directorial debut in Hero Vishal’s  Abhimanyudu (Irumbuthirai in Tamil). However, for some reason, Mitran dropped out of the movie in the middle. He then directed the ‘Hero; movie with Shiva Karthikeyan and showed his mark. Currently, Mitran is directing a movie ‘Sardar’ with hero Karthi. The movie is currently shooting.

President appoints Justice U.U. Lalit as next Chief Justice of India
8 hours ago

Techie dies while playing cricket in Hyderabad
9 hours ago