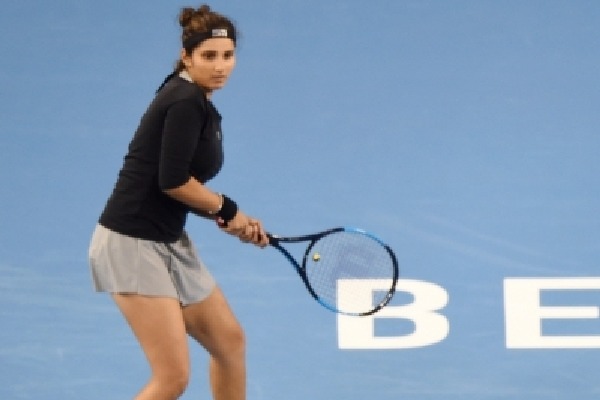 Melbourne, Jan 20: The Indo-American pair of Sania Mirza and Rajeev Ram advanced to the second round of the 2022 Australian Open mixed doubles event after beating Serbia's Aleksandra Krunic and Nikola Cacic, here on Thursday.

The unseeded duo of Mirza and Ram, both former Grand Slam champions, won 6-3, 7-6(3) in the first-round match that lasted 69 minutes.

Sania Mirza and Rajeev Ram made a confident start, winning the first set 6-3 in 25 minutes. However, the Serbian pair came back strongly and stretched the second set into a tie-breaker.

The Indo-American pair kept their composure to win the match in straight sets and progressed to the second round. They will now face the winner of the match between Robert Farah-Nicole Melichar-Martinez and Matwe Middelkoop-Ellen Perez.

Earlier, Saina Mirza and her Ukrainian partner Nadiia Kichenok had made the first-round exit from the women's doubles event.