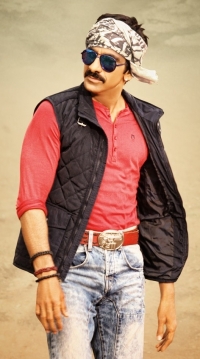 Mass Maharaja Raviteja did not do even single film last year and this year he is filling that gap. As of now, he had launched two of his films and both of them are on sets. Of them Anil Ravipudi is directing one movie titled ‘Raja The Great’ and Vikram Sirikonda is bringing out a film titled ‘Touch Chesi Choodu’. Now, “Raja The Great” had already gone to sets.

With the onset of summer, generally the shootings did not continue as expected. So, Raviteja had made certain changes to his shooting schedules. The shooting of ‘Raja The Great’ will continue till April. Later, the unit will leave for Darjeeling in West Bengal and continue the regular shooting. The schedule would continue for more than one month. The unit will stay there till May 15. The film is being produced by Dil Raju on the banner of Sri Venkateswara Creations. Mehreen Kaur is playing the female lead in this movie and Raviteja is doing the role of a visually impaired man.

We have to build 'Aatmanirbhar' India: Prez Murmu in her 1st address to Parliament
4 hours ago

IT searches at multiple locations in Telugu states
5 hours ago