Raviteja completes a song at Pondicherry! 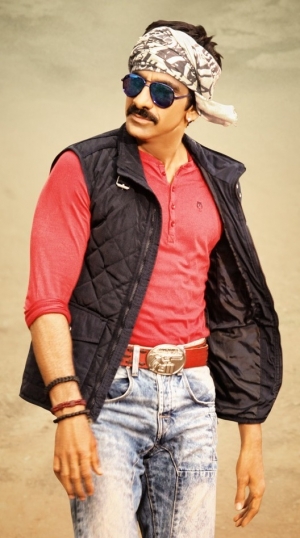 Mass Maharaja Raviteja who gave a blockbuster like Bengal Tiger long ago had kept himself off from the Telugu screen since long time. After the release of the movie on December 10, 2015, he started touring the entire world and had been to several countries and enjoyed for about a year and returned to the film industry after a gap of one year or so.

He is presently shooting his latest film ‘Touch Chesi Choodu’ in Pondicherry. The film unit had finished the shooting of a song and is currently shooting some important scenes in the film. The film is being directed by Vikram Sirikonda. This is his debut film as director though he had scripted screenplay for several movies such as ‘Koncham Ishtam Koncham Kashtam’ of Siddharth and ‘Race Gurram’ of Allu Arjun. He had even bagged Nandi award for the screenplay of ‘Koncham Ishtam Koncham Kashtam’.

However, the film is being made with a story penned by Vakkantam Vamsi, and many of his stories were super hits. Nallamalupu Srinivas (Bujji) is bankrolling the movie on the banner of Sri Lakshmi Narasimha. Vallabhaneni Vamsi Mohan (TD MLA of Gannavaram) is presenting the movie.

Why not the Nehru surname? Modi targets Gandhi family and Cong for 'misusing Art 356'
25 minutes ago