Mass Maharaja to release a song from Winner 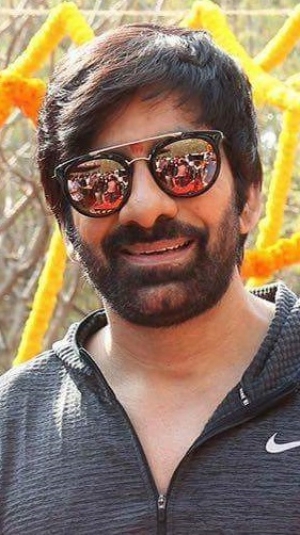 It may be mentioned here that Sai Dharam Tej’s ‘Winner’ has locked February 24 as its release date. The film unit is getting audio launched in a different and peculiar manner. Each popular star hero/heroine is launching one song each in the film, as part of the film promotion. The first song of the film was launched by Super Star Maheshbabu, the other songs were released by popular heroine Samantha and Tamil music director Anirudh.

After this another mass masala song, which goes like ‘B C Centres...’ is likely to be launched by Mass Maharaja Raviteja at 7 pm on February 14. Raviteja is on a world tour in recent times and was off from shootings after the success of ‘Bengal Tiger’. After taking a long gap he had signed two mass movies and is working on both these films simultaneously and started attracting the attention of all the film lovers. So, unveiling of a song by Raviteja has brought some special attention on the movie.  Rakul Preet Singh played the heroine, while Gopichand Malineni is wielding the megaphone for this movie. There is a positive talk about the film right from the day the film unit had hit the sets

Why not the Nehru surname? Modi targets Gandhi family and Cong for 'misusing Art 356'
1 hour ago