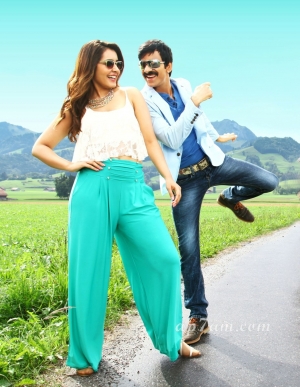 Finally, the wait is over for Ravi Teja fans, Mass Maharaj's next movie was officially confirmed now. He is going to work under the debut director Vikram Siri. Vikram Siri earlier worked as screenplay writer for Race Gurram and Mirapakai movies.

Raashi Khanna is the female lead role and she is teaming up again with Ravi Teja after Bengal Tiger movie in a row. The makers have roped in Bollywood music director Pritam for this movie who worked for India's biggest hit Dangal movie. Nallamallapu Bujji and Tagore Madhu are bankrolling this project under their Lakshmi Narasimha productions banner.

The further details about the project are awaited from the makers which will be out soon. Thus Ravi Teja is doing a movie finally after Bengal Tiger which released in December 2015, so let's wait for more updates from the film soon.

Traffic restrictions in Hyderabad for Formula E race
42 minutes ago

We have to build 'Aatmanirbhar' India: Prez Murmu in her 1st address to Parliament
5 hours ago

IT searches at multiple locations in Telugu states
6 hours ago