Life after death…what organs can be donated…give life to how many?

It is a great deed to save another person’s life. That is why a doctor is seen akin to God. Not just a doctor, even an uneducated commoner can grant life to those who are on the verge of death. This amazing opportunity is possible only through organ donation. This is an attempt to reveal about the facts of organ donation, which has grown in importance.

Why organ donation should be done? Organs are made up of cells and tissues. Each organ is meant for a particular function. They are 10 times more efficient than necessary. For example, the heart of a 20-year-old pumps more blood than that is necessary for the body. This extra efficiency keeps reducing as the body keeps aging. Heart, lungs and kidneys are organs that lose efficiency with age.
Their efficiency keeps decreasing with increasing age, when compared to other organs. The rest of the body is healthy. But the efficiency of these organs decreases. When they are in a completely deteriorated stage, the person’s life can be extended, by transplanting new organs. Not just with age, but sometimes, the functioning of these organs can be affected due to some diseases or problems. However, in some kinds of surgery, without replacing the organ, its functioning can be improved.
For example, if the functioning of the kidneys is affected, dialysis is done. But this leads to other complications in the body. Those who undergo dialysis, face the risk of cardio vascular diseases (heart diseases). Dialysis reduces the antioxidants in the blood. They are essential for fighting harmful bacteria in the body. That is why, in most cases where the functioning of the organs is affected; the only route that is left is organ replacement. It means the organ is taken from a healthy person and transferred to needy persons. This is called organ transplantation. A person alive or dead could be the donor. Those who receive the organs are called recipients.
Who can donate? Cancer and HIV patients, those have harmful bacteria in the blood or in the body cells, those who are suffering from infections, or heart or kidney affected patients cannot donate. Any healthy person can donate. Some organs can be donated by persons when alive and some can be donated only when the person dies.
Among those organs that can be donated are kidneys, lungs, heart, eyes, liver, pancreas, cornea, small intestine, skin tissues, bone tissue, heart valves, nerves and eardrums.
Even Cancer patients can donate organs. But it depends on what kind of cancer they suffered or the kind of medical condition. Those who take organs from Cancer patients might be affected by cancer. The recipients are given medicines to suppress their immune system, so that the new organ is not rejected by the body. The main function of the immune system in our bodies is to fight any foreign body or organism, including organs, to protect us from harm.
But if its functioning is supressed, when organs donated by Cancer patients are transplanted, the immune system will fail to fight the cancerous cells. They might run the risk of growth of cancer cells. That is why not much interest is shown in taking organs from cancer patients. If ill-health affects just one organ and it does not affect any other organ, then the unaffected ones are eligible for donation. Doctors will decide which kind of ill-health, disease or infection is a hurdle for organ donation and which is not. Donation of organs issue arises only after a person dies. Doctors conduct various tests, based on the medical condition and diseases suffered by the donor before death, to decide if his organs are safe for donation.
Persons, who are alive and healthy, can donate one of their two kidneys. Also, they can donate parts of their pancreas, lungs, liver or small intestine. The remaining organs can be donated only after death. Parents, children, siblings, grandparents or grandchildren can receive organs from live persons. Law does not accept all organ donations. In some cases, organs can be received from friends.
Life to eight persons One can give life to eight persons, by donating eight organs: Liver (1); Lungs (2); kidneys (2); heart (1); pancreas (1); small intestine (1). Along with these, skin, cornea, bone tissue, heart valves, blood vessels, can also be donated to give life to those who need it.
Register name in hospital
Almost all hospitals are maintaining a data base of the recipients of organs. Those who are willing to donate their organs should register their names, pledging donation, with hospitals and state-run organisations like Jeevan Dhan. They should inform their family members about their pledge, as the latter need to give their consent for the donation, after the death of the prospective donor. Likewise, if anyone is willing to donate his or her body for medical research, they have to nominate a person beforehand, who will supervise the process smoothly.
Legal procedure 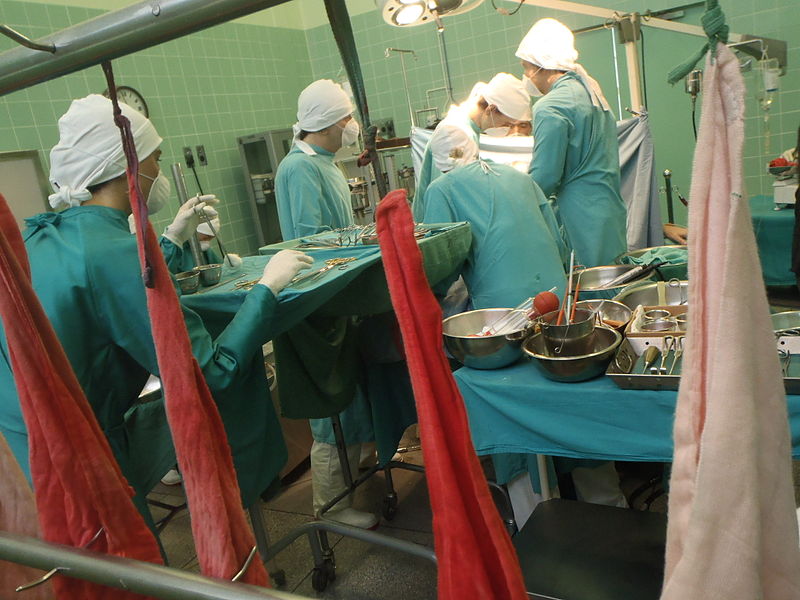 Hospitals that conduct organ transplant surgeries should adhere to legal procedure that is set for them. Transplant Regulatory body supervises the procedure. In India, the consent of the family members becomes vital for organ donation. That is, without the nod of the family members one cannot donate his or her organs. As for brain dead patients, parents and spouse should agree for the donation.
Is organ donation safe?
Doctors ensure that the donor’s organs are free off HIV, Hepatitis, Cancer and infections of any kind, before they can be transplanted. If the donors suffered from any disease before the act of donating organs, some medical tests are conducted. They consider all factors like matching of blood group and the condition of the immune system.
Children included
Even children can donate their organs. Organ transplant surgeries are being conducted on brain dead children, in order to revive other needy children. However, child recipients can take only organs of those younger than themselves.
Brain dead When the brain stops functioning, the condition is called brain dead. If the brain stops working due to some injury, the person cannot survive for long. The functioning of other organs is kept alive, with the help of artificial implements. They are made to keep functioning until they can be transplanted. The heart, liver, kidneys, small intestines, lungs and pancreas of a brain dead person can be donated. Cornea, heart valves, skin, bones of a person who had died a natural death, can be transplanted.
Patients who are dead due to cardiac arrest (heart stops functioning suddenly), are not eligible for organ donation at all times. The person loses life because his heart has stopped functioning and he can no longer breathe. Blood supply and oxygen are stopped to the other parts of the body. Organs are affected within minutes of cardiac death. If at all they have to be donated, the process should be very quick, conducted within minutes. Their organs are useful only at such times. This is possible only in a very few cases. If the death occurs in the hospital or somewhere close to the hospital, it is possible. Also, a matching recipient has to be found for the organs that have been recovered so delicately and the transplant has to be quick, which is a matter of time. But the body tissue of a cardiac dead person can be transplanted from 12 to 24 hours.
The electrical activity and blood supply to the brain stops in a brain dead person. But the other organs can continue to function with the help of a ventilator. That is why the organs of a brain dead person are more useful. As the organs are functioning even after the brain has stopped, there is sufficient time to transplant them. There is enough time to find a matching recipient, collecting the organs and making arrangements to transplant them.
Communicating information
Once a person is brain dead or cardiac dead, the information reaches organ procurement departments immediately. Based on the information, they check out to see if the person has pledged his organs for donation. The process of consulting the family members and seeking their consent for organ donation begins. If they agree, the arrangements are made quickly.
How long? 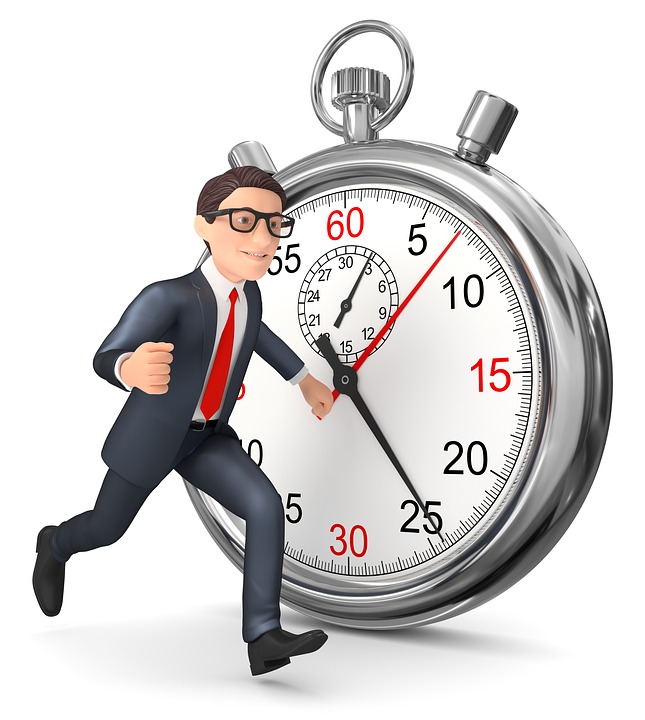 The heart is good for transplanting only up to four hours after it has been removed from the body. The same is in the case of the lungs. Kidneys have to be transplanted within 30 hours. Liver and pancreas have to be transplanted within 12 hours of collecting them. Yet it cannot be said that the same rule applies to everyone and in all situations. The organs remain active for fewer hours than the average expected. That is why they have to be transplanted in the recipient, as soon as they have been extricated from the donor. They will not be immediately accepted by the recipient. The immune system will react and reject it. That is why it is blocked by administering some medicines. Some medicines have to be used lifelong. If the organs are damaged before transplanting, it will take some time to recover in the recipient’s body.
More English Articles
Joint life insurance policy for couple...how beneficial?
4 years ago
Are you using the right charger for your phone? Check out
4 years ago
Shoot amazing videos with mobile phone
4 years ago
How to delete, block emails in Gmail?
4 years ago
Are your eyes healthy? Identify eye problems this way
4 years ago
Government services at your fingertips with these apps
4 years ago
Ways to increase height: Any options?
4 years ago
Life after death…what organs can be donated…give life to how many?
4 years ago
Phones costlier than Apple iPhone
4 years ago
Hyderabad Metro Rail halts..facilities in stations
4 years ago
Green peas curry...tasty for chapattis, paratas
4 years ago
Age for insurance cover. Need it for 100 years?
4 years ago
Shares that will go up in 2018; recommended by brokers
4 years ago
These are New Year resolutions of celebrities...what about us?
4 years ago
LIC policy that protects you from cancer... less premium, more protection
4 years ago
..more